This old poem by Broadcast Journalist, Rufai Oseni is drawn from his book – Rebels.

Rebels, a compilation of blank verse poems that explores major socio-political themes within Nigeria and other parts of the globe.

In this piece, ipata ori apata loosely translated as rogue on a mountaintop, Oseni shares his damning thoughts on a one time President of the United States of America. His use of words are graphic and descriptive, you can easily tell which of the former Presidents, the poet refers to in this piece below;

A rampaging bull in a china shop

Decorated with a disdain for decorum

Speaks hate in a luciferian tone

Yet so quick to call others names,

Omashe!oo the free world is lead by a man in bondage!

The White House is a man cave!

Policies are made in public

All because of ipata ori apata*

You can read other poems in Rebel here; http://veonewsng.com/wp-content/uploads/2022/10/A-REBELS-Summary-22.pdf

A Man is nothing – Fortune Omosola

Why is Nigeria Not a Failed State? – Arise TV’s Rufai, Nevin, Others Proffer Answers in New Book 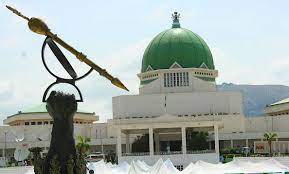