His suspension may be connected with the decision of the lawmaker to support the APC presidential candidate, Bola Tinubu, in the coming election.

Chimaroke had on many occasions, said he would be working for the former Lagos governor at the detriment of his party’s candidate, Atiku Abubakar.

Reacting, the spokesperson for the Tinubu/Shettima campaign council, Festus Keyamo, said the suspension would have no effect on Chimaroke.

In a tweet on his official handle, keyamo tackled the opposition party, saying PDP is crumbling in the middle of its campaign.

The tweet reads, “Waste of time; cutting your nose to spite your face. Suspension is of NO EFFECT WHATSOEVER at this time, because the law says he remains a candidate of the party.

“A party crumbling in the middle of campaigns! It is failure to respect its own constitution that is now hunting it”! 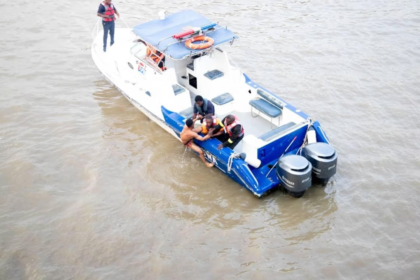 Woman Plunges into Lagos Lagoon After Heated Argument with Fiancé