The abductors, who whisked away unspecified number of primary school pupils, reportedly laid siege to the school, while the children were resuming.

According to the Police Command, a joint team of Police, military and vigilante has been mobilised and are on the trail of the abductors, who are reported to be on motorcycles. 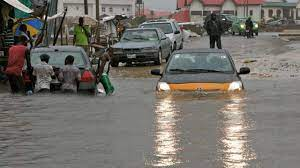 NEMA Predicts Flood Across Nigeria in 2023