The Presidential Candidate of the Peoples Democratic Party (PDP), Atiku Abubakar has said he will not descend to the level of personal attacks with the All-Progressives Congress (APC) candidate, Bola Tinubu.

Atiku who said he is committed to his contract with Nigerians, claimed Tinubu resolved to personal attack to cover his character.

He again said if elected, his administration will assemble a team of some of the brightest and best Nigerians that abound within the country and in the diaspora to assist in rebuilding the country.

Makinde Stays Away from PDP Rally in Oyo

However, at the campaign rally in Ibadan, Oyo State, Governor Seyi Makinde was conspicuously absent.

Those who spoke at the rally including the Master of the Ceremony, Dino Melaye; director-general of the Atiku/Okowa Presidential Campaign Council and Sokoto State governor, Aminu Waziri Tambuwal, and wife of the presidential candidate, Amina Titi Atiku Abubakar, among others, said the political differences between Atiku and Makinde have been resolved, calling on all party members and supporters to re-elect Makinde as Oyo State governor in the March 11, 2023 elections.

Makinde is a member of the G-5 demanding the resignation of PDP National Chairman, Iyorchia Ayu as a condition to support Atiku’s presidential ambition. 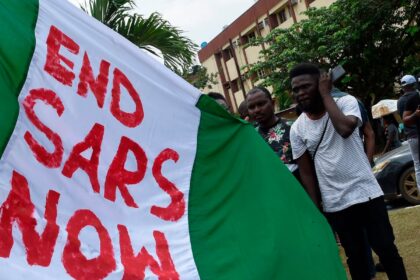