The Chairman, Governing Board of the Niger Delta Development Commission, Lauretta Onochie, has decried the level of underdevelopment in the Niger Delta area despite the huge funds allocated to the agency over the years.

Onochie stated this after assuming office in Port Harcourt, Rivers State, following the handover by the immediate past acting Managing Director of the NDDC, Emmanuel Audu-Ohwavborua, at the commission’s headquarters on Thursday.

She said the NDDC was a shame to the region and the country at large, noting that monies earmarked for the development of the crude oil and gas-rich area were being fretted away to Abuja, Lagos and overseas, while the people of the region live in abject poverty.

She said, “Today is a historic day, not just for the people of the Niger Delta, but for the women of Nigeria. And being a historic day, we have a lot of things going on today. Let me remind us why we are here.

Onochie, however, said the President Muhammadu Buhari-led administration was determined and has shown commitment to turn things around since it assumed office over seven years ago. 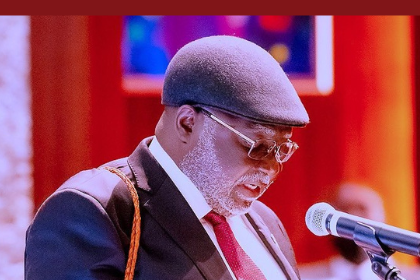