The National Drug Law Enforcement Agency, Kaduna State Command, says its operatives have arrested 1,232 suspects and recovered over 15, 104 kilograms of illicit drugs in the state.

Kaduna state NDLEA Commander, Ibrahim Baraje, told News Agency of Nigeria on Thursday in Kaduna that the arrest and seizure were made from January to December 2022.

Baraje said out of the number arrested, 68 were females and 1,163 are males.

Baraje said within the period under review, 199 suspects were convicted, while 350 cases are pending and 683 suspects were counseled, rehabilitated and integrated into society.

The commander reiterated the command`s determination in the fight against illicit drugs and their consumption.

“We will not relent until we ensure that the perpetrators face the wrath of the law,” he said.

He advised those who engaged in such acts to find better means of livelihood as drug businesses will not take them anywhere.

Baraje appealed to the residents to always provide the command with useful information to enable the agency to carry out its mandate effectively.

He urged parents to watch the movements of their wards and the kinds of friends they interact with.

“The Fight against illicit drugs is a collective responsibility which everyone has a role to play,” he said. 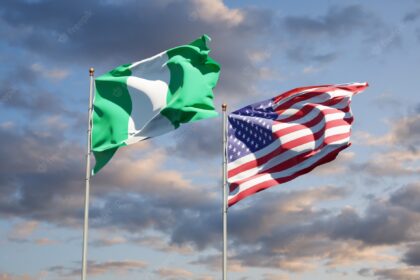 Ayo Ayedun December 8, 2022
18 Dead, 40 injured in Keni Truck Accident.
Just In: No end in Sight to PDP Crisis As G5 Governors Float New Group
Lagos Governor meets IGP for prosecution of killer cops
The 2023 Poll is About Who is Not a Thief, Frank Edwards