Aston Villa Manager, Unai Emery has admitted that he will have to speak to Argentina Goalkeeper, Emiliano Martinez about his attitude during the World Cup celebrations

After Argentina won the world cup by defeating France in a Penalty Shootout, Martinez was in the spotlight for his golden glove-winning celebration and later during the victory festivities in Buenos Aires, where he carried a toy baby with Kylian Mbappe’s face on it during an open-top bus parade.

The display has generated criticisms from across the world and while Emery Praised the goalkeeper’s heroics at the tournament, he admitted that the player would require counselling.

“When you feel great emotion, it’s difficult to control yourself. I will talk to him next week about some of his celebrations,” Emery said in a news conference on Friday.

“I respect him there, he is in the national team. Then he will be with us and that will be our responsibility. We can talk about it,” he added. 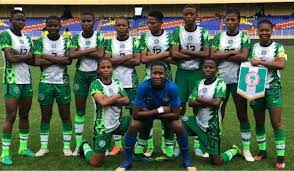