The House of Representatives has resolved to review the existing basic education curriculum in order to include anti-corruption awareness as a subject.

At the plenary on Wednesday, the House specifically resolved to “convene a meeting of stakeholders in the education management and regulation sector to consider reviewing the primary and secondary school curricula to integrate anti-corruption awareness courses and programmes.”

The resolution was sequel to the unanimous adoption of a motion jointly sponsored by the Speaker, Femi Gbajabiamila, and three others, including a former Minister of State for Education, Aisha Dukku; Shehu Kakale, and Musa Bagos.

The motion was titled, ‘Need to introduce anti-corruption classes and training into the primary and junior secondary schools curricula to aid in the fight against corruption and improve civic consciousness amongst the Nigerian populace.’

Moving the motion, Dukku noted that “Corruption is a scourge with devastating consequences on every facet of the Nigerian state, society and sectors of the economy,” adding that the blight of corruption in the Nigerian society is “a source of concern for all well-meaning citizens and friends of the country.”

While noting the various anti-corruption efforts by successive governments “that have not put an end to corruption in the country,” the lawmaker stated that unless drastic measures were taken with utmost urgency, “corruption threatens to destroy the fabric of the Nigerian society by continuously sabotaging our national sense of right and wrong beyond repair.”

Dukku said, “The increase of young people who are growing up in environments where casual subversions of rules and law through acts of private and public corruption have become the norm.

“The House perceived that one reason the fight against corruption has not achieved the desired objectives in the country is the absence of a deliberate national strategy to engage citizens from the early stages of their lives to identify, challenge and defeat corrupt practices wherever they may exist or manifest.

“The House is confident that this narrative can be changed within a relatively short time, through sustained efforts by government, civil society, religious organisations and citizens working together to re-programme the way we think about the causes and consequences of corruption in our society.” 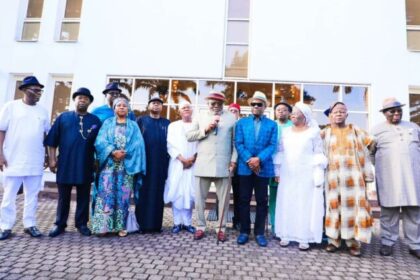