The Jan. 6 panel voted Monday to refer former President Trump to the Department of Justice on at least four criminal charges, including insurrection and obstruction of an official proceeding of Congress.

Why it matters: In an unprecedented move, the congressional committee voted unanimously that the former president committed crimes for his efforts to overturn the 2020 election.

Driving the news: The panel referred Trump, who has announced he’s running for president in 2024, on charges of obstruction of an official proceeding, conspiracy to defraud the U.S., conspiracy to make a false statement and “incite,” “assist” or “aid or comfort” an insurrection.

The big picture: The panel on Monday also voted to refer House Minority Leader Kevin McCarthy (R-Calif.) and three other House Republicans to the House Ethics Committee for ignoring the panel’s subpoenas.

What they’re saying: When asked about the referrals during a news conference Monday, White House press secretary Karine Jean-Pierre didn’t specifically comment but said President Biden believes our “democracy is still under threat” and called the Jan. 6 insurrection the “worst attack on our democracy since the civil war.” 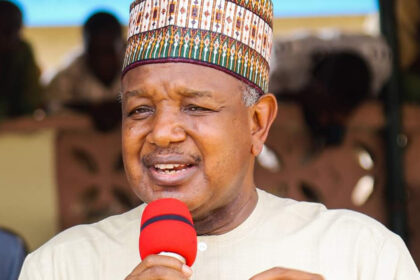 No APC governor in talks with PDP — Bagudu