The Anti-Vehicle Theft section (AVTS) of Ekiti State Police Command has arrested four suspects in Langbasa, Lagos State for accosting and robbing a victim of one Mini Suzuki bus and mobile phone along Aramoko- Ekiti road on in August.

According to the Police Public Relations Officer of the Command, Sunday Abutu the suspects are Agboola Kunle (31yrs),Balogun Waheed(20yrs),Taiwo Islamia (19yrs) and Adele Samuel (23yrs)

During investigation, the itel phone  taken away was recovered while effort is ongoing to arrest other members of the syndicate and recover the Mini Bus hijacked from the victim.

Abutu said the arrested suspects will be arraigned as soon as investigation is concluded. 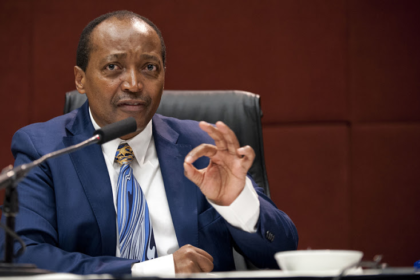