The Senate has raised concerns about the latest Central Bank of Nigeria policy on cash withdrawals.

Senate Minority Leader, Phillip Aduda, in a point of order during plenary on Wednesday called the attention of his colleagues to the new policy and demanded for caution as it will affect many Nigerians, especially small business owners.

In his response, Senate President, Ahmad Lawan, cautions the CBN not to approach the policy by jumping into it at once as many Nigerians will be affected.

He further noted that there is a need to engage the CBN in discussions to get more details of the policy and he directed the committee on banking to discuss this matter during the screening of the CBN Deputy Governors expected to hold before next week.

The Senate has set next Tuesday to debate the new CBN policy. 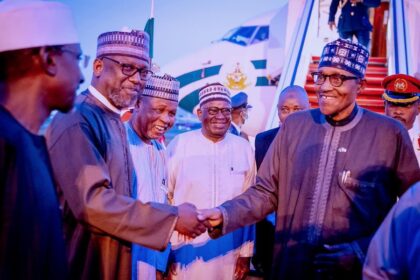