The Federal Government says it has fully implemented the demands presented by the EndSars protesters in October 2020.

Minister for Police Affairs, Mohammed Dingyadi, said this on Tuesday in Abuja at the Public Dissemination of the Post EndSARS/Research and Training of Police Oversight Agencies on Oversight Mechanisms.

‘Without prejudice to the findings contained in your EndSARS Research Findings, let me assure this gathering and Nigerians in general.

“That the President Muhammadu Buhari-led administration has fully implemented the demands presented by peaceful protesters in October 2020, which was unfortunately hijacked by unpatriotic elements.

“It would be recalled that the government expeditiously approved the disbanding of the Special Anti-Robbery Squad, which was foremost among the demands of the protesters.

“The five demands of the protesters, otherwise known as the “five for five” demands, also included setting up of independent investigation, justice for victims of police infractions, and re-evaluation of disbanded SARS personnel.

“And an upward review of police emolument has been fully implemented by the government towards emplacing permanent solutions to trust deficit between the Police and the citizenry,” he said.

The minister added that Police Public Complaints Committee was set up at the ministerial level to give citizens an additional layer of redress against acts of infractions by the police.

He said that the committee had gone around the six geopolitical zones to sensitize Nigerians on its mandate, adding that it had representatives from the ministry, Police Service Commission, Nigeria Police, Nigerian Human Rights Commission and NGOs among others.

He added that the petition should also be submitted via https://ppcc policeaffairs.gov.ng or directly to his office at the Federal Secretariat Complex, Abuja.

“Please permit me to reiterate the fact that policing as the fulcrum upon which security revolves, requires inclusiveness to realize its fundamental objectives.

“Our germane desire to promote food security, health security, economic buoyancy and all forms of human security, through community-based and technology-led policing, requires critical support of all stakeholders,” he said.
Maigari-Dingyadi reassured Nigerians of the government’s unwavering drive to modernize the police in line with global standards, adding that the capacity of officers had been enhanced in tune with the ongoing reform of the police. 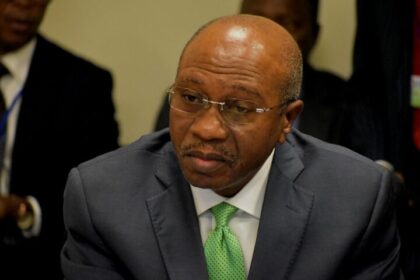