Former Osun state Governor, Adegboyega Oyetola, has described the claim by the Governor Ademola Adeleke that he employed 12, 000 workers as false and unfounded.

Spokesperson to former Osun state Governor, Ismail Omipidan, challenged the Government to publish the list of the purported 12, 000 workers, asking, what the entire workforce of the State is.

Omipidan told the government that In no distant future, the people of Osun will know who the truth. 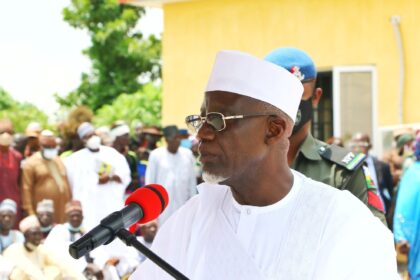 Ayo Ayedun December 6, 2022
My sack is a miscarriage of Justice – Adeleke.
Buhari Signs N21.8trn Budget For 2023
Abia Governor dissolves special advisers, others
Federal Government insists on ‘no work no pay’ against ASUU