The Federal Government has canvassed for the full admission of the country into the Group of 20 nations.

Minister of Interior, Ogbeni Rauf Aregbesola, made the call in New Delhi, India while attending an international event on counter-terrorism.

Addressing his audience, Aregbesola stated that Nigeria was eminently qualified to be admitted due to its strategic position in global affairs.

He maintained that the position of the country as the biggest and largest black nation on earth makes it compelling that it be admitted into the global group.

“It is not in doubt that Nigeria is the largest black nation in the world and so must be part of any global initiative where a collective decision on global affairs is to be taken,” he said.

Aregbesola also listed the various contributions of Nigeria to global peace, security and development as other credentials that qualifies it to be admitted into the elite group.

He noted that Nigeria’s full membership of the G20 group will be beneficial to the global body because of the pool of human resources that the nation has in abundance.

Aregbesola told the international gathering that President Muhammadu Buhari’s efforts in curtailing terrorism in Nigeria and in Africa are yielding positive results.

The G- 20 or Group of Twenty is an intergovernmental forum comprising 19 countries and the European Union. It works to address major issues related to the global economy, such as international financial stability, climate change mitigation, and sustainable development. 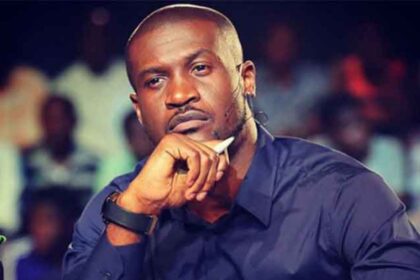 Samuel Olugbeminiyi October 17, 2022
Why We Suspended Work On Abuja-Kaduna-Kano Highway – FG
The Oseni’s Poetry Prize for Students Set to Launch at LABAF 24.0
FEC Honours Paul Unongo With A Minute Silence
Will the fuel Scarcity determine how Nigerians will vote in less than 40 days?