Gombe State Command has ordered the Immediate deployment of the Command’s operational apparatus around the Independent National Electoral Commission (INEC) critical assets/facilities across the state.

The Commissioner of Police, Gombe State Command, Oqua Etim, said the move is to ensure that enemies of the state do not destroy the ongoing peaceful political process towards the 2023 general elections in the state

This is in addition to covert surveillance activities and intelligence gathering to checkmate crimes and other nefarious activities in line with the directives of the Inspector General Of Police, Usman Alkali Baba.

The CP also directed the Divisional Police Officers and their supervisory Area Commanders to ensure strategic deployment of tactical teams at INEC offices within their respective areas of responsibility in a bid to strengthen security and sustained surveillance in the state.

Finally, the CP warned politicians against the use of vulnerable youths for thuggery and the use of non-state actors carrying cutlasses, sticks, daggers or knives during political campaigns or rallies in public as violators alongside sponsors would be arrested and prosecuted in accordance with sec 92, subsection 7 and 8 of the Electoral Act 2022. 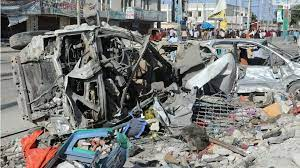