Soludo a failure at CBN, Obi a success in government, writes Chuma Nzeribe!

I read Gov CC Soludo self-serving theatrics on believed Igbo native son and LP presidential candidate Gov Peter Obi. It lacks intellectual depth, contains no real facts & utterly garbed in jealousy and petty mindedness. Our well-mannered Gov Peter Obi does NOT insult anybody and should NOT be crucified for social media adherents of independent OBIdient Movement. It appears Gov Soludo is beholden of pull-him-down syndrome (PH.D)
2 For the records we’ve plethora of evidence of Gov Peter Obi $150-Million savings as he left office (who else has done so in Nigeria?); evidence of N32-Billion backlog of pension paid, records of 1000 schools rebuilt and 1000 new school buses given to Anambra secondary schools, over N300-Bllion invested in road construction across Anambra State, N5-Billion infrastructure renovation fund paid directly to Anambra State University as Gov Peter exited Govt House; patronage of INNOSON Motors to aid local production etc
3 As CBN Gov Soludo did NOT rebuild any single primary school block in Anambra State, did NOT attract any federal project or industry to Anambra State, did NOT rebuild road leading to his house in Isuofia etc.
4 But we see the litany of projects executed by Emir of Kano and FMR Gov Lamido Sanusi across over 20 universities in northern Nigeria, soft CBN backed credit facilities given to industries in Kano & Kaduna States, over N200-Billion in agric loans to 1000s of local farmers across northern states. That’s why in his moment of need and power struggle with Kano Gov Ganduje they rallied around him and freed him from imminent long incarceration and exile as was done to Sultan Dasuki of Sokoto State.
5 President PMB Buhari regime did NOT build 2nd Niger Bridge. We started it in the last days of President OBJ Obasanjo govt thru President Yar’Adua. President GEJ Jonathan inherited it and got it underway and fully paid the counterpart funding. It’s thetefore wrong for Gov Soludo to claim PMB built the 2nd Niger Bridge. Even the funding structure was not put together by this government. Instead they reduced the project scope by not funding the railway structure as initially envisaged with the 2nd Niger Bridge.
6 We fought & secured inclusion of this vital railway link with Port-Harcourt – Lagos Railway project when South-East caucus in NASS refused to approve President Obasanjo $16-Billion power project request until South-East region was included in the railway program of his government then. But PMB took it off and proceeded with the main 2nd Niger Bridge project without consulting anybody in South-East.
7 As CBN Governor Soludi did NOT initiate or midwife the cancellation of Nigeria’s $45-Billion foreign debts. President OBJ led the efforts together with NASS. In fact Soludo’s CBN did NOT have good records of our debt portfolio. Lots of such records were sourced externally.
8 It’s also a dubious claim to say Soludo grew Nigeria’s foreign reserve to $63-Billion. Rather at NASS Appropriation Cmtte we inserted a forced saving clause ( Excess Crude Account) into the Appropriations Bill when we failed to agree with President OBJ on the utilisation of Excess Crude Account earnings above budgeted Dollar reference price of crude. These receipts were the real source of monies saved and added to our foreign reserves. Also this clause imposed budget discipline on the usually free-spending federal govt of nigeria, FGN.
9 It does appear that our erudite professor of economics does NOT understand the vote strength of Gov Peter Obi adherents and audience. In fact he’s not after the usually 30 Million voters in PDP & APC orbit in every election. Rather Gov Peter Obi has expanded the vote orbit to include the 70 Million Nigerian Youths, Workers, hardworking Nigeria women, the unemployed and angry citizens etc at the receiving end of current APC economic measures.
10 In only 5-Months as Governor Charles Soludo has borrowed N100-Billion, his mentor Gov Willie Obiano left Anambra with over N150-Billion; Gov Peter Obi did NOT borrow N1 as Governor and left office with N75-Billion savings in liquid cash assets fully verified.
11 Gov Charles Soludo lacks tack to claim Gov Peter Obi will not win in 2023. He’s NOT God and does NOT even understand the make-up of Nigeria’s presidential politics. Gov Peter Obi has already changed the usual narrative of national politics, curbed monies at political rallies and he’s on the threshold of history. God, recorded history and good fortune shall be kind to him! 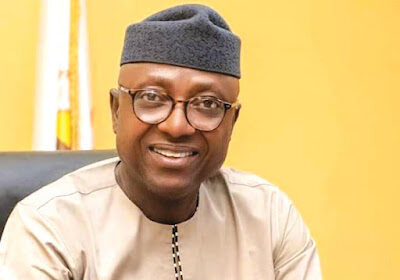