The party described it as a recipe for “anarchy” in the state.

Addressing journalists in Port Harcourt on Wednesday, the South-South National Vice Chairman of the Labour party, Felix Reuben, described the order as “draconian.”

He said: ” If Rivers State keeps quiet, Wike will put Executive Order 23 which will say for you to sleep with your wife you need to take permission from the Ministry of Women Affairs.

“He may even put another executive order that says any sticker on vehicles without permission from the Ministry of Transport, that vehicle will be impounded.

“People ask why he’s doing that, it’s because he has no candidate so he’s jittery.

“It’s very unfortunate that we have a governor that wants to sink the state and I call on the security agencies and INEC to call him to order because what he’s calling for is anarchy in this state.”

Pepple said the party has already tasked its legal team to see how to challenge the order. 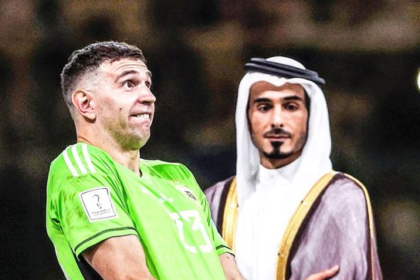 A’ Villa Coach, Emery to talk to Martinez about World Cup celebrations

Samuel Olugbeminiyi December 23, 2022
NSCDC Rules Out Aptitude Tests For Job Seekers
The Uncommon Newton Jibunor is vibrant at 85 today.
2023: Our personnel don’t plan to boycott elections – NSCDC
I will work against APC in Ogun – Amosun