NO SHOOTING OF PDP PRESIDENTIAL CANDIDATE CONVOYS IN MAIDUGURI; CP BORNO
There has been a fake news trending propagated by some mischievous element across the social media that has attracted the attention of many Nigerian, alledging that the PDP Presidential candidate convoys was stoned in Borno on the 9th/11/2022 while holding a campaign rally in the state. The Commissioner of Police CP ABDU UMAR was physically present to supervise the place.
The command wish to state authoritatively that the news is not only FAKE but also FALSE and mischievous attempt by some unguided people to incite disturbance and distract the peace of Borno people and Nigeria at large.
The campaign/rally was conducted successfully, as tight/adequate security coverage were emplaced throughout the activities. the candidate and his party were accompanied to the Shehu’s Palace by the Police to pay a courtesy call to Shehu of Borno, Alhaji Abubakar Ibn Umar Garbai Al-amin El-kanemi, after which they were escorted until they departed the town.
it is worth to note that one person name Danladi Musa Abbas 32 years old who attempted to disrupt the convoys along the airport road was arrested by the Police inside a church after a hot chest in an attempt to escape. he is under the command custody with a stone which is an exhibit.
The commissioner of Police CP ABDU UMAR MNIM psc fdc, is therefore calling the attention of the general public to avoid spreading rumors and fake news that may disrupt the peaceful coexistence and incite disturbance, particularly as election is so forthcoming.
Finally, the command is at top gear to ensure that Borno state is free from any conflict, before, during and even after the election. 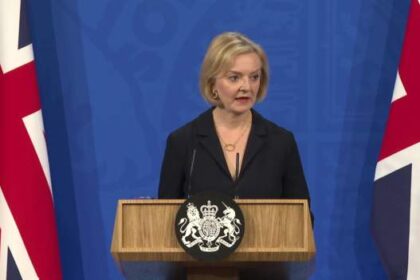