The All Progressives Congress Presidential candidate, Senator Bola Ahmed, has said he will not be railroaded to appear at media appearances and debates.

This comes after Tinubu was absent at last weekend’s Presidential debate organised by Arise TV in conjunction with the Centre for Democracy and Development.

The PDP had accused Tinubu of being afraid to take questions from a debate session while the LP dismissed him for behaving like an Emperor.

“We read with amusement the ridiculous position of Atiku/Okowa campaign council and that of Labour Party/Peter Obi on the absence of our presidential candidate, Asíwájú Bola Ahmed Tinubu, from the poorly organized town hall debate session by Arise TV.

“The separate press releases from these two dead-on-arrival presidential campaign offices sought to make an issue out of  Asiwaju Bola Ahmed Tinubu’s well-thought-out decision to follow his own campaign plan.

“The more absurd of the two positions was the one canvassed by the spokesperson of the Atiku/Okowa campaign. The PDP presidential candidate, Atiku Abubakar didn’t also attend Arise town hall meeting.

“Yet his spokesman, out of joblessness and lack of productive venture attacked our candidate, perhaps in pursuit of a media mileage that their campaign badly needs to divert attention from their failing presidential bid.

“We believe that even a palace jester should have a moment of self-introspection. If this had been done, the statement would have been unnecessary.

“Instead of PDP to tell Nigerians why its presidential candidate has not returned to Nigeria after their purposeless visit to the United States where US senior officials gave him and his other 15 peripatetic adults a cold shoulder, the spokesperson is busy chasing shadows.

“We want to state again for the attention of both PDP and LP, that Asiwaju Tinubu will not be railroaded into media appearances and debates.

“Asiwaju Tinubu and his running mate, Senator Kashim Shettima have the campaign schedule that they are following and they have been holding conversations with Nigerians at town hall meetings and other fora.

“The Tinubu-Shettima Presidential campaign council has clearly made its position on debates known in a statement issued by our Director of Public Affairs, Mr Festus Keyamo, and that position remains.

“We recognize that both PDP and LP have to use Asiwaju Tinubu’s name with the hope that their floundering campaign will gain some traction. Nigerians witnessed the show of shame and despicable exchange on live television between, Mr Peter Obi, the candidate of LP and Dino Melaye, one of Atiku-Okowa’s palace jesters.

“Nigerians will certainly not vote for candidates and political parties that cannot maintain decorum and basic decency on national television.” 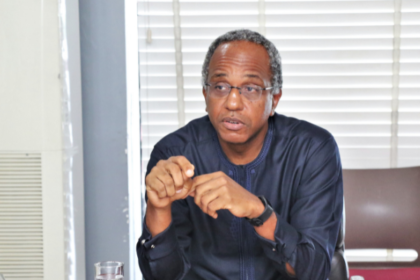