This follows the resignation from the responsibility by Senator Aishatu Ahmed Dahiru (Binani).

Binani had announced her resignation on Thursday citing attacks on herself and some other dignitaries of the party by some party members opposed to the Campaign Council in the State.

The Adamawa state chapter of APC had rejected the Presidential Campaign Council (PCC) list for the state, headed by Binani, accusing her of singlehandedly selecting committee members.

Babale’s appointment was conveyed in a letter signed by the Plateau state governor who doubles as the Director-General of the Tinubu/Shettima Presidential Campaign Council.

Binani’s candidature as Governorship Candidate of the APC in Adamawa was recently voided by the Federal High Court in Yola that claimed that the election failed to follow due process. 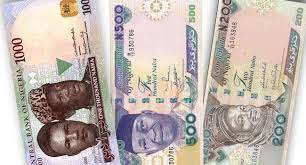 Only People With Illicit Money Will Challenge Change of Notes – Buhari