A combined force of the Nigerian Military, Nigerian Immigration Services and the Nigeria Police has arrested two fake officials of the National Identity Management Commission (NIMC) in Niger Republic.

According to Director, Defence Media Operations, Maj.-Gen. Musa Danmadami, the suspects were apprehended at an Internally Displaced Persons’ camp located at Gagamari in Niger Republic while registering Non-Nigerians and enrolling them on Nigeria’s data base.

Danmadami listed items recovered by the security operatives from the suspects as: National Identification Number (NIN) Registration Machine, printing machine, laminating machine, a computer tracking machine and a generator set, among other items.

Commenting on the development while fielding questions from newsmen, the immediate-past Director of DMO, Maj.-Gen. Benard Onyeuko, said the intention of those fake officials would be unravelled. 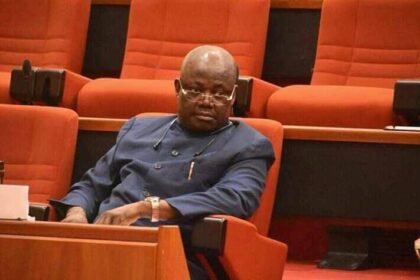