Former Governor of Ogun state and Senator representing Ogun Central, Ibikunle Amosun, has said he would not support the All Progressives Congress (APC) in Ogun State in 2023.

Speaking to BBC News Yoruba on Monday, Amosun said he would only work for the emergence of the APC presidential candidate, Bola Tinubu as the president of Nigeria but would not support the APC for other elections in the state.

The former governor said he would rather back candidate of the African Democratic Congress, Biyi Otegbeye.

Asked about how the crisis rocking the APC in Ogun and other states would not affect the chances of Tinubu at the poll, Amosun posited that all the factions within the Ogun APC are in support of Tinubu and will all work for his victory.

Amosun explained that his followers who aspired for positions under the APC were not well treated in the primaries.

“I am not hiding it, for the presidential election, we are with the APC. But for the governorship, I am not doing it secretly, I will not support the APC,” he emphasised.

Amosun and the Governor of Ogun state, Prince Dapo Abiodun have long been involved in a running battle over the leadership of the party. 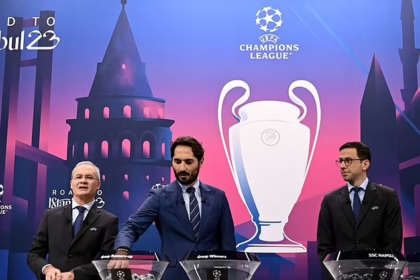 Liverpool Draw Real Madrid in Champions League Round of 16