President of the Senate, Ahmed Lawan, has said his decision not to appeal the judgment against his candidature by a Federal High Court in Damaturu still stands.

This comes after earlier reports that Lawan has succumbed to pressure from some politicians in Yobe State to contest the judgement at a higher court.

In a statement issued by his Special Adviser on Media, Ola Awoniyi, on Saturday, Lawan stated that “I have seen a report circulating online by the Sahara Reporters with regards to the APC candidature for the 2023 senatorial election in Yobe North.

“The report claims that the Senate President, Ahmad Lawan, made a U-turn on his earlier decision not to appeal the judgement of the Federal High Court, Damaturu in Yobe State which voided his candidature for the election.

“The report is utter falsehood. It is just another fabrication by the discredited habitual purveyor of fake and malicious news – Sahara Reporters.

“For the umpteenth time, we want to emphasize that the Senate President has no intention to appeal against the court judgement.

“If anybody is dissatisfied and decides to challenge the verdict of the court, it has nothing to do with the Senate President.

“The Senate President has made his own position public and has since moved on. He is a man of his word.

“We, therefore, urge reasonable members of the public to accord the fake Sahara Reporters’ report nothing other than the contempt it deserves.” 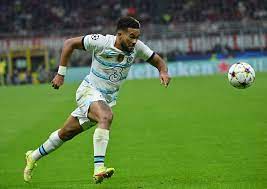