Lawyers for the Federal Government and ASUU informed the Court of Appeal yesterday that both parties could not address concerns surrounding the eight-month strike, despite the out-of-court settlement suggested by the Appellate Court.

The meeting between President Muhammadu Buhari and the House of Representatives leadership, slated for yesterday, did not take place.

Speaker Femi Gbajabiamila led legislators to the State House on Tuesday to give their ASUU report.

The President agreed to review the report’s recommendations and make a final decision during Thursday’s House leadership meeting. The meeting collapsed when the President returned from Kaduna.

The presiding court, Justice Hamma Barka, paused the case for an hour to allow Falana to respond to the FG’s rebuttal affidavit opposing the appeal.

Falana said they had began talks, which would continue through the day. He urged the Appeal Court’s three-man panel hear their challenge to the Industrial Court’s verdict.

As recommended by the court, the parties agreed that the court should hear the application.

The Court of Appeal will rule on ASUU’s appeal today, October 7. The industrial court ordered university teachers to resume work on September 21 awaiting settlement of their disagreement with the government.

ASUU appealed the lower court’s ruling to the Court of Appeal in Abuja. Falana said his client may challenge the interlocutory injunction since it’s against them.

The senior lawyer urged the court to reject the government’s resistance to the motion, saying that denying his client the ability to appeal would be risky.

The Federal Government’s counsel, Igwe, told the court that the lecturers haven’t observed the September 21 Industrial Court ruling. The senior lawyer stated that ASUU, having been in contempt of court, cannot petition the Court of Appeal with dirty hands.

ASUU will challenge FG over the registration of CONUA and NAMDA (NAMDA).

Chris Ngige, minister of labour and employment, registered CONUA and NAMDA on Tuesday. Ngige said the two unions would exist alongside ASUU.

Falana said the union will fight the government over the two unions’ registration.

The National Association of University Students (NAUS) encouraged Nigerians and labour centres to prevent the government from splitting ASUU’s ranks.

The Southwest zone of NAUS stated it’s terrible that the government’s approach to fixing the malaise is frivolous.

We expect all labour, trade unions, and the public to support ASUU now. If the Labour Minister destroys ASUU, he’ll employ the same script for other groups.”

Prof. Attiru Jega, former INEC chairman and PRP chairman, was urged by Ngige yesterday to stand on the truth and not play politics with the Federal Government and ASUU’s ongoing strike.

Ngige told Jega, who formerly headed ASUU, that “trade unionism must exist for the welfare of the unions, their members, and the public good.” It must defend the nation’s population and union members.

“Academics shouldn’t operate against the country as a social club. This is the counsel we believed Jega, a trustee and advisor to ASUU, would give his former compatriots.

The statement refuted Jega’s accusations during a recent television interview that the Minister of Labour converted the ASUU strike into a personal squabble, since all his activities as chief conciliator of conflicts, particularly as they pertain to the ASUU strike, fell within the law.

“We don’t apologise that Nigerian universities have three academic unions: CONUA, NAMDA, and ASUU. Others have applications processed. Lecturers must pick between a social club for strikes and one that promotes education and the Nigerian child’s future. It’s unfettered democracy. 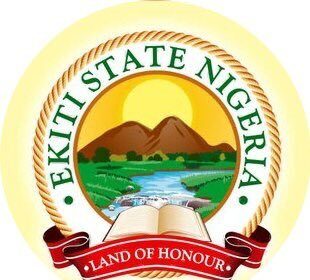