A Bayelsa State High Court sitting in Yenagoa has sacked the State Executives of the All Progressive Congress (APC) in the state.

The Court in its ruling nullified the Ward, local government and state Congresses held between 3rd and 4th of September, 2021 and 16th October,2021.

A member of the party, Mr Alex Izibenikiebo Blankson in suit no: YHC/16/2022, had dragged the APC, Dr Dennis Otiotio, Mr Ayebanumomoipre Otokolo and Ebierelayefa Ikakai to court seeking the nullification of the congresses that brought the party executives to power due to an interim order earlier given by Justice I.A Uzaka restraining it from conducting the ward, local government and state congresses.

Justice Timipre .J Cocodia in his ruling on Friday upheld the eight prayers of the claimant over issue of exclusion, anomalies and disobedience to Court order over the conduct of the ward, local government and state congresses.

Justice Cocodia of the State High Court, after hearing from the claimant and defendant counsels, upheld the eight prayers sought by the plaintiff.

Commenting on the ruling, Mr Fawei commended the judiciary for its ruling, “it simply means that the APC in Bayelsa from the beginning have no leadership.”

In reaction to the judgement, Mr Tuduru Ede, who had earlier led other counsel appearing for the defendants to withdraw appearance because of the procedures adopted by the Court to hear the matter, insisted that the Court has no jurisdiction to hear the matter expressed optimism that the APC would head to the Appeal Court. 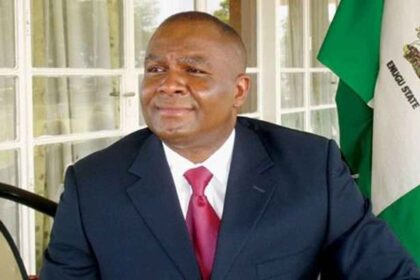 Ignore Wike, Allies At Your Own Risk – Nnamani Tells PDP