President Muhammadu Buhari on Thursday in Abuja, directed the Armed Forces to hunt the killers of seven personnel of the Nigeria Security and Civil Defence Corps.

“The President directed the Armed Forces to seek the bandits who inflicted this casualty and make them pay the price,” read a statement signed by Buhari’s Senior Special Assistant on Media and Publicity, Garba Shehu.

Buhari described the loss as tragic, while also saluting “the courage of the men who gave their lives to the nation.”

“The NSCDC personnel who braved all challenges to guard our nation and its people had made the ultimate sacrifice in the line of duty.

“My thoughts are with the bereaved families and their compatriots in the service.

“May Almighty God grant them and the entire service the fortitude to bear the loss,” Buhari said.

The attack comes barely one month after at least 38 people were reportedly slain in isolated attacks in Malagum 1 and Sokwong settlements of Kagoro Chiefdom, Kaura Local Government Area, Kaduna State.

7 officers were ambushed by gunmen on Monday while they were accompanying an expatriate to a mining site in Birnin Gwari Local Government Area of Kaduna State, Northwest Nigeria.

The personnel who were attached to the Kaduna State Ministry of Mines were ambushed and killed alongside five others, according to the Corp’s Director of Public Relations, Olusola Odumosu. 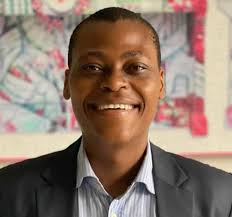