The pan-Yoruba socio-political organisation, Afenifere, on Saturday criticised the Ondo State Governor, Mr Rotimi Akeredolu, over the his comment about the agitation of the Yoruba Nation.

Akeredolu, who is the Chairman of the Southern Governors’ Forum has declared that those who are agitating for the Yoruba Nation were enemies of the country.

Akeredolu made the declaration at the launching of the emblem appeal to flag off the 2023 Armed Forces Remembrance Day Celebrations held in Akure, the state capital, on Friday.

Reacting in a statement issued by the Secretary General of the Afenifere, Mr Sola Ebiseni, the group faulted Akeredolu’s position on the regional agitation, as it said the governor was playing to the gallery.

The statement was titled, ‘Akeredolu: Between equity and opportunism.’

The statement read, “The statement credited to Governor Akeredolu of Ondo State at the launching of an emblem appeal to flag off the 2023 Armed Forces Remembrance Day, unfortunately, confirmed the scarcity of statesmanship in our clime particularly faced with the lust for political power.

“We have no problem with the governor playing to the gallery, as a glorified Chief Security Officer, urging that security forces clamp down on any person or group whose activities he interpreted as capable of disintegrating the Nigerian State because we are no less patriotic and committed to its continuing corporate existence.

“We are also in the same boat with him that ‘this country is very important to some of us’ and the recognition that agitation and protests are rights protected in a democratic society.
“Our worry, however, is that Akeredolu, even as the Chairman of the Southern Governors Forum, would not, in deference to that high pedestal, wean himself from petty politicking which sacrifices equity needed for national peace and cohesion in preference of crass opportunism. In short, his vituperation on that occasion was most disastrously bereft of statesmanship and national conciliation.”

It added, “Truth be told, there is no region of Nigeria where the elite including the ruling class in government has been able to determine the methods adopted by agitators or succeeded in checkmating the effects thereof.

“So, let Akeredolu not boast of any capacity to dictate the method adopted by the Yoruba agitators or seek to set the rest of Nigeria against his Ndigbo colleagues or the entire South East in his unhidden separatist agenda of securing undue advantage for his party and region in the quest for the Nigerian President of Southern extraction.

“We state for the umpteenth time, that the true and real recipe for peace and continued corporate existence of Nigeria, is an arrangement that will guarantee regional equity and not an ‘emi lo kan’ philosophy in the mode of King Louis’s l’état c’est moi.

“Incidentally, those who fought the civil war truly shed their youthful blood and have seen all about Nigeria, are now in the vanguard of the national movement not only for Southern but in the quest for the requisite equity are in the queue for the Nigerian President of South East extraction.

“There lies the solution to separatist agitations and not self-serving sanctimonious pontifications.” 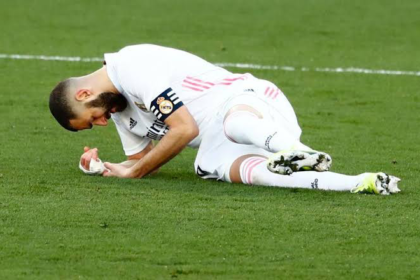 No Replacement for Injured Benzema – Deschamps