Alexander Solzhenitsyn, a celebrated Writer once opined the hate relations between government and writers.

“For a country to have a great writer is like having a second government. That is why no regime has ever loved great writers, only minor ones.”

More telling is the story of Johannes, Johannes Gutenberg is known for having designed and built the first known mechanized printing press in Europe. In 1455 he used it to print the Gutenberg Bible, which is one of the earliest books in the world to be printed from movable type.

The invention of the printing press gave gusto of innovation to society and it was after the first Bible was mass produced that the revolution started in the church.Most countries can’t stand the evolution of information and new platforms, hence the attempt to stifle free speech and regulate it to suit their benefit.

The incumbent has made several attempts at stifling free speech with giant moves like the Twitter ban and the regulation of all online platforms.

I must say online has not been free from lies  and calumny which I have suffered but like Voltaire says I might disagree with you but I will defend your right to say your ideas.

This attempt again stifles speech but NITDA is another shocking reminder of the society we live in.

Recently, NITDA that was set up to be the Nigerian technology powerhouse for innovation has now dabbled into stopping voices by proposing in a new bill to regulate online platforms.This is another attempt to stop free speech and it must be stopped.

In the sections of the bill listed below, all attempts were made to overreach into digital creative speech and Nigerians must be alert and vigilant.It should be stated that there are enough laws to cover the online media space in Nigeria and any attempt to gag the space will be draconian.

We must seek new symbiotic means of improving our digital economy and not destroying innovation.

Some of the sections listed. 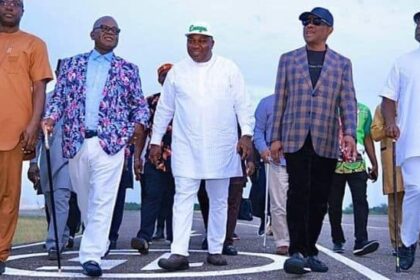